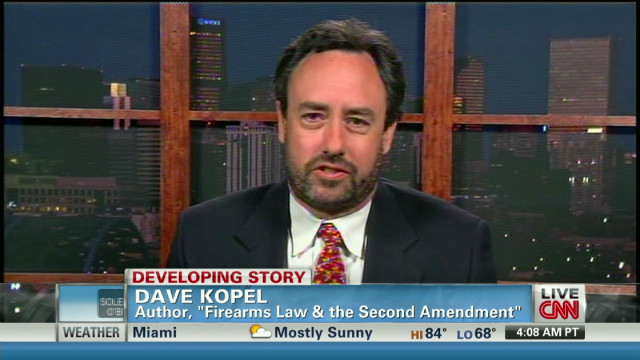 Kopel says, “Florida law is very clear. On self-defense the Florida law, the basic standard is the same as it is in all 50 states, that you can only use when you’re in a public place deadly force and self-defense if you are the victim of an eminent attack that could kill you or cause brave bodily injury or if violent forcible felony. Those are the only circumstances in which a person in a public place in Florida can use deadly force in self-defense.”

He adds, “I think if you actually read what the law says, it doesn’t apply in this situation. The stand-your-ground law is about when a person who is a victim of a violent attack, under what circumstances do they have a duty to retreat rather than take action to defend themselves? If Zimmerman is the aggressor in this case then he wasn’t the victim. And since he wasn’t the victim, he had no right to self-defense at all, and the issue of whether he should retreat or not wouldn’t — has nothing to do with it.”