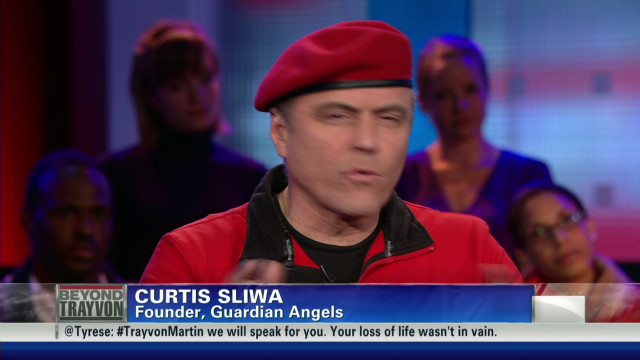 Curtis Sliwa of the Guardian Angels explains to CNN anchor Soledad O’Brien what George Zimmerman did wrong in his Neighborhood Watch role.

Sliwa says, “[Zimmerman] did nothing right except wake up early that day and begin to stalk people that, through his paranoia, he thought were looking to commit crime on his compound, a self-appointed watchman. Now, for 33 years, I’ve developed Guardian Angels, an unarmed safety patrol, blacks, whites, Hispanics, Asians, now in 17 countries, 140 cities.  And to have to suddenly be referred to as Zimmerman — and not just me, Block Watch, Crime Watch, we have hundreds of thousands of Americans, every day and night, risking their lives, going out for no pay as volunteers, protecting Americans like all of you and not asking anything in return. And the other day I’m speaking in a high school in New Jersey and the youngsters go, oh, you’re just like Zimmerman.  I wanted to impale myself right there. I said wait a second, you know, I’ve buried six Guardian Angels who have been shot and killed in the line of duty.  I was stalked myself, had a gunman go pow, pow, pow, pow, pow, pow, five hollow point bullets, God save me. What do you think this is? This isn’t Zimmerman.  But unfortunately, he’s become the face of Block Watch, Crime Watch.”