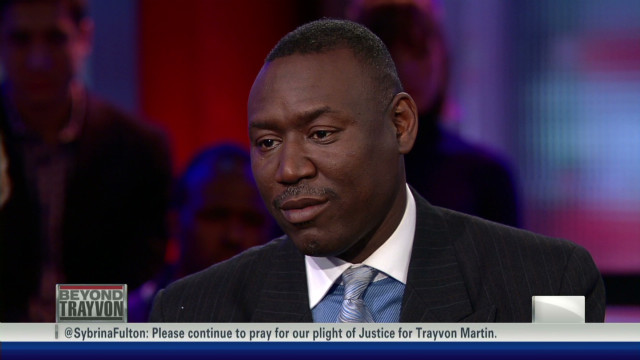 Benjamin Crump, attorney for Trayvon Martin’s family, sits down with CNN anchor Soledad O’Brien to discuss details of the case.

Crump says, “The phone records and at 7:12 was [Trayvon’s girlfriend DeeDee’s) last call to him. The phone calls lasts for four minutes. At 7:17, according to the police records, they got to the scene and Trayvon was shot and killed on the ground. And that tells us a lot. It tells us that she heard some part of the conversation that happened between George Zimmerman and Trayvon Martin. And what she heard was not him coming to identify himself as in a neighborhood association captain or anything like that. He said, “What are you doing around here?” As to suggest that he didn’t have a right to be here.”