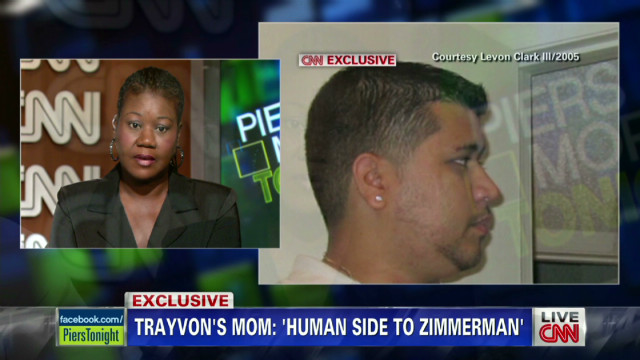 Tonight Piers Morgan talked with Trayvon Martin‘s parents Tracy Martin and Sybrina Fulton as well as their attorney Benjamin Crump. New video released today shows George Zimmerman arriving at the police station on the night of Martin’s death. His parents saw the video tonight and shared their reactions for the first time: “We were surprised because according to the police report he sustained injuries,” Fulton said. “It was obvious that there were no visible injuries.”  But what does Fulton believe is the most likely set of circumstances that led to her son being killed? Watch here.