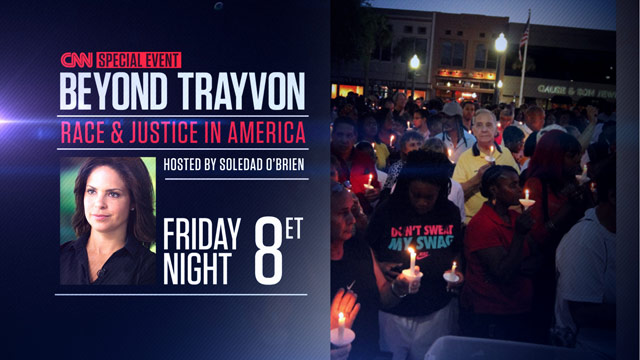 ‘Beyond Trayvon’ Townhall on Friday

CNN anchor Soledad O’Brien hosts a townhall on a controversial event that has gripped the nation: the shooting of Trayvon Martin. In this one hour special, several panels will examine and discuss the facts of the case and the many angles that have come into play including: the investigation, allegations of racial profiling, gun laws and Florida’s Stand Your Ground law. The live audience will have an opportunity to ask questions.

Beyond Trayvon: Race & Justice In America airs on Friday, March 30th at 8p and 10p ET on CNN.