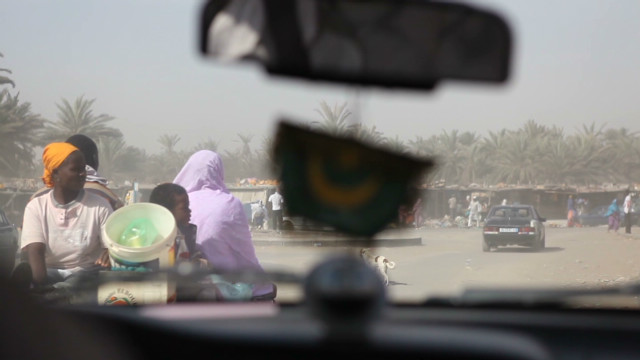 To shine a light on the practice of slavery in the country of Mauritania, CNN Digital has rolled out its first ever ‘virtual magazine,’ a powerful storytelling format that fuses video, text, photography and interactive components. A part of the network’s Freedom Project initiative, CNN’s John Sutter and Edythe McNamee traveled to the West African nation where an estimated 10-20% of the population lives in slavery, despite a 1981 outlaw of the practice. The special report, ‘Slavery’s Last Stronghold,’ will appear across all CNN platforms including CNN.com, domestic and international television broadcasts, and via CNN’s mobile website and apps for iPhone, iPad, Android and Android Tablet.

“This is a stunning, bold story that demanded a visual presentation to match. We sought to create intimacy, forming connections with the subjects and John and Edythe, showcasing the powerful words, video and images into a new, truly multimedia presentation. This is the kind of story that does real good in the world, and we wanted to use all of the tools we have to make it shine,” said Meredith Artley, vice president and managing editor of CNN Digital.

Spending nearly a year to gain entry into the country and conducting many of their interviews at night and in covert locations, CNN Digital’s reporters went to great lengths to uncover the tragedy of multigenerational servitude inMauritania. Captured through a variety of mediums, CNN Digital’s coverage of Mauritania appears online in the form of a digital magazine, personal video accounts and written stories featuring firsthand accounts from freed slaves and one man’s transformative journey from slave owner to abolitionist. In response to the initiative, CNN iReport, the network’s global participatory news community, is gathering messages of hope and support to be shared at a school for escaped slaves inNouakchott, Mauritania.

“CNN’s investigation in Mauritania exemplifies the very nature of the CNN Freedom Project, and that is to seek out stories on modern-day slavery and share them with our viewers around the world,” said Tony Maddox, executive vice president and managing director of CNN International.

CNN International will feature this CNN Freedom Project investigation across its programming lineup this week, with additional reports airing the week of March 26. CNNI’s coverage will culminate in a special documentary, ‘Slavery’s Last Stronghold: A CNN Freedom Project Special Report,’ on Thursday, March 29 at 3:30aET. The half-hour program will replay Friday, March 30 at 12:30a; Saturday, March 31 at 2:30a and 11p; Saturday, April 21 at 8:30a; and Sunday, April 22 at 2:30a and 11p (All Times Eastern).