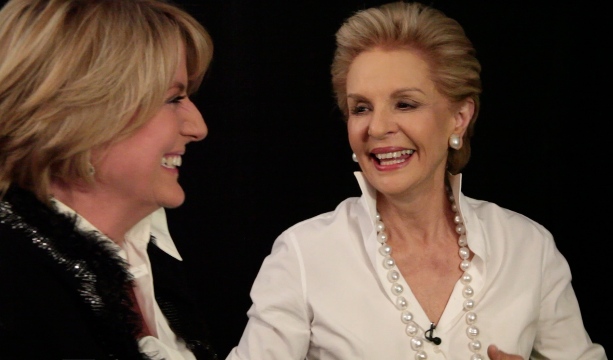 Unlike the United States or parts of Europe, Hong Kongs its on solid financial footing these days. And the city is taking steps to stay ahead of the curve, particularly when it comes to infrastructure.

This month’s ‘Future Cities’ goes exploring beneath the crowded streets, where the city is blasting and drilling its way ahead, expanding one of the world’s best train systems. Hosted by Richard Quest, the programme also investigates how Hong Kong continues to grapple with incredible urban density and lack of open space. The redevelopment of an iconic landing strip is being watched closely, and there are plans for even more controversial land reclamation from the surrounding seas. ‘Leading Women’ is a brand new series on CNN which profiles some of the most influential women from across the globe. Over the course of the next year, the programme promises to meet remarkable professionals from a variety of fields, including business, the arts, sport and culture. In the first show, CNN’s Felicia Taylor speaks to fashion designer Carolina Herrera, who explains how she has made her mark in the world of fashion, defining elegance for more than 30 years. ‘Leading Women’ joins Herrera as she completes model fittings for the launch of her highly anticipated fall line and she takes CNN backstage at her show.

The show also introduces Marvell Technology Group co-founder, Weili Dai. A self proclaimed ‘geek’, Dai is one of the most unconventional top executives in her field, and yet embodies what it means to make it ‘big in America’, in one of the most male-dominated industries in the world.

This month’s ‘Open Court’ comes from California, as host Pat Cash meets some of the leading tennis talent the West Coast has to offer.

Fourteen-time Grand Slam winner, Pete Sampras sits down with Cash for a rare one-to-one interview. The former player reveals who he thinks will win the French Open and gives an insight into the power of the ‘Big Four’. Sampras, who many consider the greatest player of all time, also challenges Cash on the court and demonstrates the signature shots that won him so many prestigious titles.

The next stop on ‘Open Court’s Californian adventure is a catch up with Michael Chang, the 1989 French Open Champion. Cash is invited to meet the tennis star’s wife and baby daughter as they celebrate Michael’s 40th birthday, complete with a specially-crafted tennis-themed cake.

‘Open Court’ also travels south toSan Diego, where Mark Philippoussis, the two-time grand slam finalist has taken up surfing. Cash spends some quality time with him as he talks candidly about his career and why surfing is now so important to him. CNN’s weekly business programme, ‘CNN Marketplace Europe’, puts the spotlight on one of the world’s most influential and interconnected continents, as Europe faces up to the economic challenges and opportunities of the next 10 years.

The in-depth, personality-driven programme continues throughout March and April as Piers’ inimitable style uncovers fascinating details about his newsmaker guests.

In April’s ‘Living Golf’, host Shane O’Donoghue is in Abu Dhabi, where he sits down with last year’s Masters Champion, Charl Schwartzel of South Africa, runner-up Jason Day and the Open Champion Darren Clarke to talk Augusta, emotion, and winning a Major. The programme also catches up with Australian Adam Scott, who came exceptionally close to wearing the famous ‘green jacket’ at last year’s Masters.

Martin Kaymer, the Major Champion with a surprisingly poor Masters record, warms up forAugustaby getting back into a Go Kart, three years after a racetrack injury sidelined him for a large portion of the season. Can he outrace O’Donoghue head to head?

Plus, one of the greatest short-game players in the world, last year’s European and American money-list winner Luke Donald, gives ‘Living Golf’ a shotmaking masterclass at his private club.