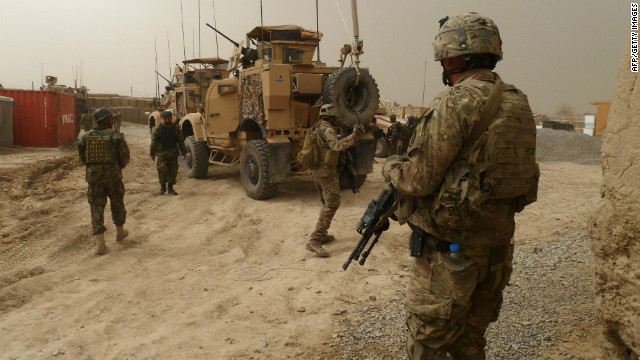 Gen. John Allen: I want to offer my sincere condolences and regrets to the victims…

Gen. John Allen talks to CNN’s Wolf Blitzer about the U.S. soldier who allegedly killed 16 Afghan civilians. General Allen is the commander of all U.S. and NATO troops in Afghanistan. A highlight and a full transcript from the interview are below. This interview aired during CNN’s The Situation Room with Wolf Blitzer.

GEN. JOHN ALLEN, COMMANDER, ISAF:  Well, it would appear, Wolf, that we had a single soldier depart one of our combat outposts in the Panjwai District of the province of Kandahar.  And while I won’t go into the specifics of his actions, it would appear that he acted as an individual and did, in fact, shoot a number of Afghan civilians, causing fatalities, as many as 16.  A number of others were wounded.  We’re providing medical care to them, as well.

Let me emphasize first, Wolf, that I want to offer my sincere condolences and regrets to the victims of this shooting, to the Afghan families and certainly to the noble Afghani people as a group.  This is tremendously regrettable.  We are investigating it aggressively and we will hold the individual accountable should the evidence point to his culpability here.

BLITZER:  What was his job, this sergeant, on a day to day basis in Afghanistan?

ALLEN:  Well, he was supporting a village stability platform operation, which supports the Afghan local police.  And he was providing support to one of those platforms in the Pajwai — Panjwai District of Kandahar.

BLITZER:  Would it be normal for a — a U.S. soldier to be able to walk off the base by himself and not be detected by others?

BLITZER:  And did any…

BLITZER:  — did anyone try to stop him?