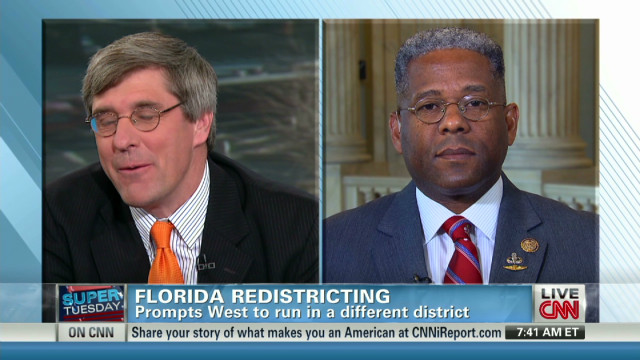 Rep. Allen West on VP chatter: I am willing and ready to serve in whatever capacity

On Starting Point with Soledad O’Brien, Rep. Allen West (R-FL) responds to Sarah Palin’s comment that he should be considered for a VP position in the fall.

After laughingly calling the question an ‘ambush,’ West says, “As far as the Vice President thing, you know, who knows…. Because it wasn’t too long ago I was sitting in the desert of Kandahar, Afghanistan and now I’m here talking with you…. I am always willing and ready to serve my country in whatever capacity that the American people would desire.”