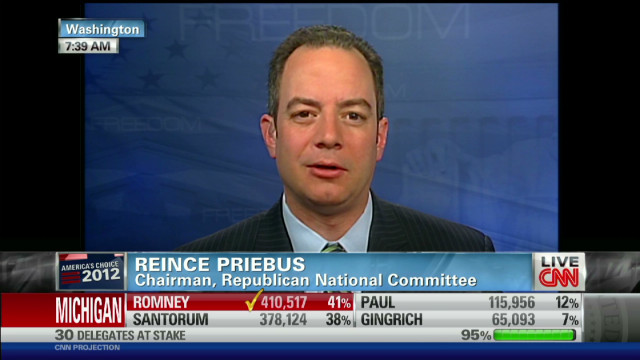 Reince Priebus, RNC chairman, explains why he thinks that a tough primary is good for the Republican party.

Priebus says, “I know that people argue over whether, you know, having a tough primary is a good thing or a bad thing. I just happen to believe that it’s good for a party, as you and I have talked about many times.”

He continues, “And I think in the end, independents will come our way based on where we are as far as whether or not we’re better off today than we were three or four years ago, where are we in regard to the economy and is it better or worse?”