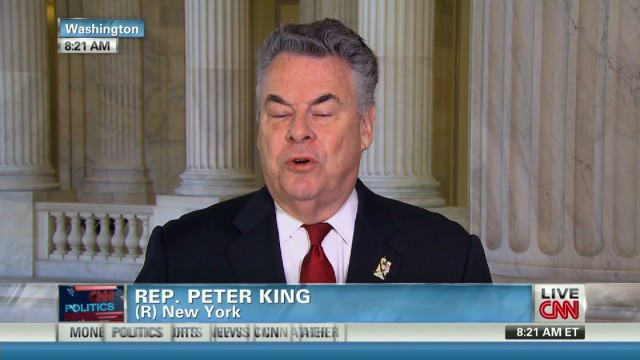 Rep. Peter King (R-NY) talks to CNN anchor Soledad O’Brien about potential outcomes for the GOP field if Mitt Romney loses the Michigan primary, including the possibility of other GOP candidates entering the race after Super Tuesday.

King says, “If Romney does not win Michigan it creates real problems for his candidacy. And I think you will then start seeing more activity among the Republican establishment… talking to people like Chris Christie, Jeb Bush, Paul Ryan, Mitch Daniels….And Rick Santorum has had a lot of negatives over the last week. If he is still able to win Michigan, that shows a real problem that Mitt Romney has.”

He adds, “[Additional GOP candidates may] be getting lined up, getting recruited. And they’re trying to get one of them to agree to make the run, let’s say, if Super Tuesday doesn’t turn out better for Romney. I think there’s going to be more of an interest, more of an emphasis, of having someone ready on Super Tuesday if Mitt Romney does not manage to break loose and have that candidate ready to come in. I have no inside knowledge, just whispering and mumbling… among top Republicans who are concerned that Governor Romney has not been able to break loose.”