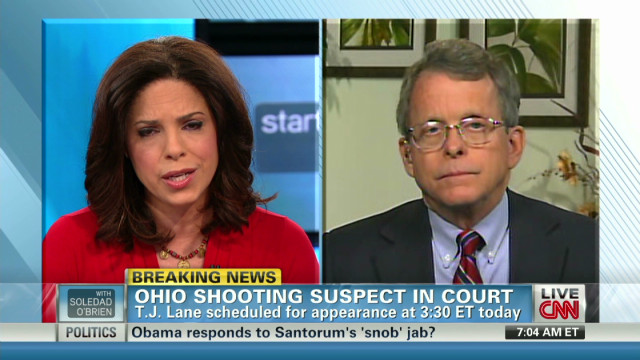 DeWine says, “I have not talked to the prosecuting attorney, David Joyce, yet, but what we would assume is this case… [Lane] would be tried in all likelihood as an adult.

On gun laws, DeWine adds, “We have a task force that we have been working on in the attorney general’s office to look at repeat offenders who use guns. But in his case it simply does not apply…. There’s no indication [Lane’s] a habitual offender…. A majority of crime in this country is… caused by people who have had crime in the past. In this case it may not be true. There may not be the predictors we would hope to see to be able to tell what he’s going to do in the future.”