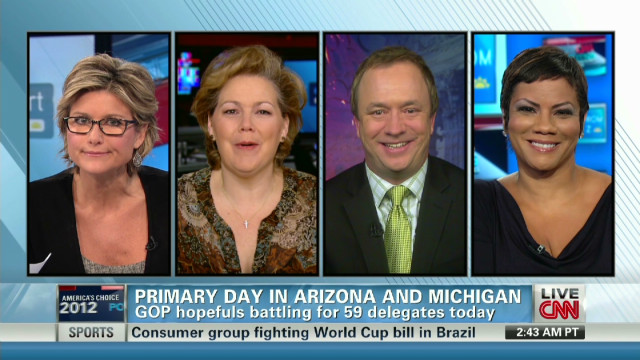 Democratic Strategist Kiki McLean, Republican Strategist Trey Hardin and Independent Analyst Goldie Taylor explain who has the most to gain and lose in today’s primary contests in Michigan and Arizona.

On political parties trying to influence voters from opposite parties, Taylor states, “But at the end of the day, this might work. You know, turnout in Michigan is expected to be so very low, if you get 10,000, 20,000, 30,000 Democrats to show up and vote for, you know, Santorum, you know, he could really pull this out, and I think he’s running ahead anyway.”

Early Start with Ashleigh Banfield and Zoraida Sambolin airs week mornings on CNN from 5-7am ET on CNN.