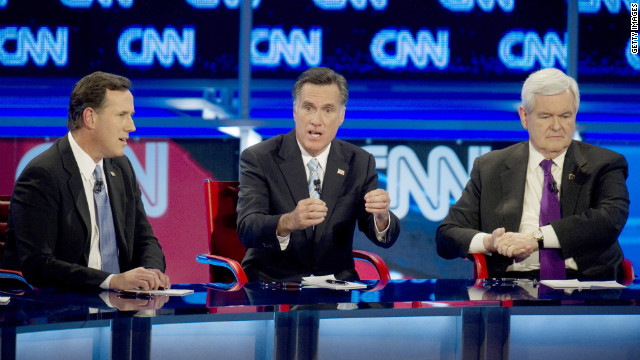 Turning timely topics that become CNN.com’s top talkers is one of the reasons CNN’s opinion section has risen more than 50% since last year. Though the opinion section provides commentary on a range of news events, including breaking news, sports, and sometimes entertainment, we’d like to point out the stories that contextualize tonight’s upcoming primaries. Gearing up for the Arizona and Michigan races, the CNN.com columnists identify issues they believe voters actually care about. For instance,

Gloria Borger says the GOP has long accused Barack Obama of pushing class warfare, but the real hotbed of class warfare is actually among the GOP

LZ Granderson opines that the GOP candidates are tripping over each other to pander to the conservative base, and references Romney’s repeated observation that ‘the trees are just the right height’ each time he visits a new state

Whether readers agree or disagree with these perspectives, they sure do get people talking. So now that you’re up on the latest CNN opinion pieces, follow along online with our primary coverage tonight which will live stream on www.cnn.com/live at 6pm ET, and also check out CNNPolitics.com and the CNN Election Center for the latest updates.