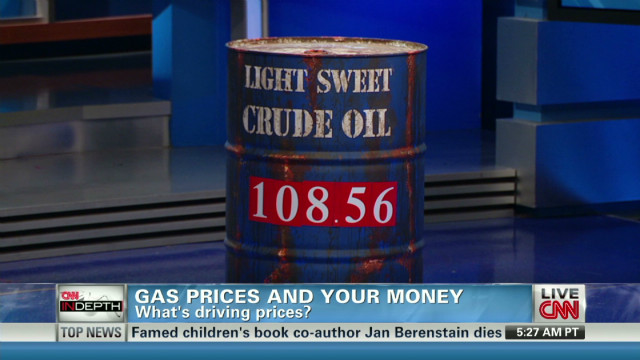 As part of CNN’s In Depth series, Chief Business Correspondent Ali Velshi explains that gas is spiking because of the rising cost of oil and continued buying by speculators.

Velshi adds, “Anybody who says they have a short-term solution to gas just lying to you.”