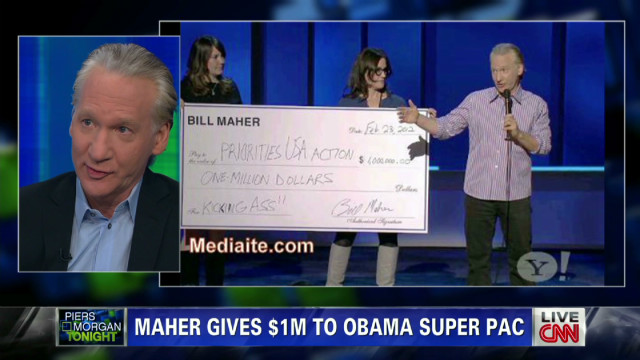 On the heels of his 10-digit donation to Barack Obama’s reelection, the comedian explained what was on his mind, when he put his hand in his pocket:

“I wanted to make the point that this really hurt. It does hurt me to write a check for a million dollars,” confessed Maher. “I wanted to sort of inspire a lot of the people out there on the left who are rich, who this wouldn’t hurt at all. There’s lots of people who will never miss a million dollars. I will miss it. I’ll miss it badly.”