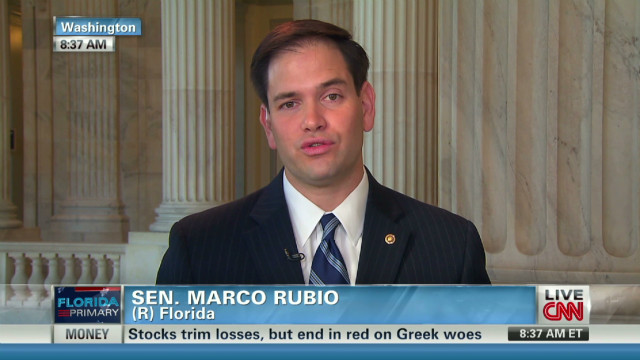 Sen. Rubio: Winner of FL primary will be GOP nominee

This morning on Starting Point, Senator Marco Rubio (R-FL) predicts that the winner of the Florida GOP primary vote will go on to be the Republican candidate for the 2012 presidential election.

Rubio will not endorse a candidate, saying that it will be up to the people of Florida to decide.