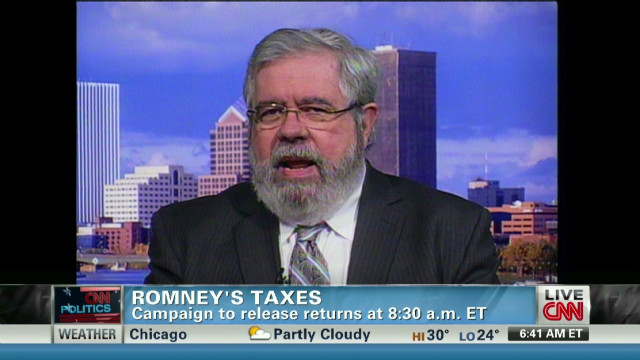 Johnston says, “The fact is that an individual worker who makes $54,000 a year bears a heavier tax burden than the Romneys and when it comes to gifts, most Americans on a gift of $100 million to their children would pay about a $35 million gift tax. The Romneys paid zero. We need to have a debate about how the tax system is not as it appears on the surface and how we have special rules for hedge fund and private equity managers that treat them much more lightly than all the rest of us.”

Early Start with Ashleigh Banfield and Zoraida Sambolin airs week mornings from 5-7am ET on CNN.