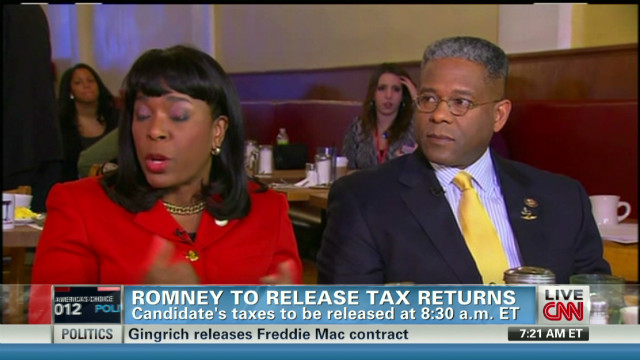 Sewell says, “… It should be about shared responsibility. I think that something is fundamentally wrong if a person of his great wealth is only paying 13.9 percent effective tax rate and most of Americans are paying 28, 30 percent and they make far less.”

West adds, “…We need to have a whole hearted reform of our tax code system because the United States of America, since the 16th Amendment came about, we have a progressive tax code which means based upon the amount that you are making on the income tax side the more that you are paying but, also, we have capital gains tax and dividends taxes which have less, you know, tax codes, 13 percent, 15 percent. And that’s why I believe that immediately we go to a flat tax system across the board, somewhere between 13 and 16 percent. You can reduce the number of deductions that you have. And we can zero out capital gains and dividends tax.  And I think we need reform for our corporate tax rate as well.”