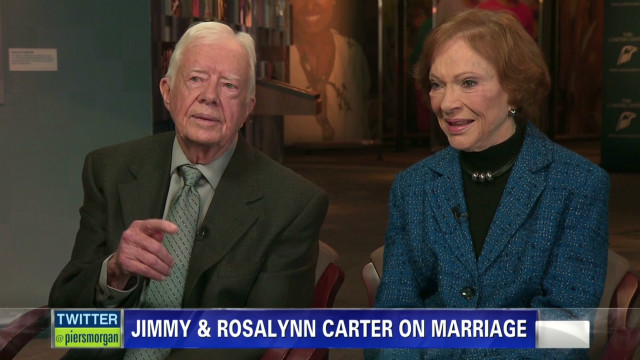 This morning Piers Morgan sat down with former President Jimmy Carter for an hour long interview, airing tonight at 9p. The former president opened up about his thoughts on the Obama presidency, the GOP field and much more.

He was later joined by his wife Rosalynn. The former president and his wife have been happily married since 1946 – except for the time they decided to write a book together. “It’s the worst problem we’ve ever had since we’ve been married,” says the former president. Alternating chapters, Mr. Carter tells Piers Morgan about the resistance he received when editing his wife’s writing: “It would be like God had given her this text at Mt. Sinai and she had brought it down and presented it to me in stone.”