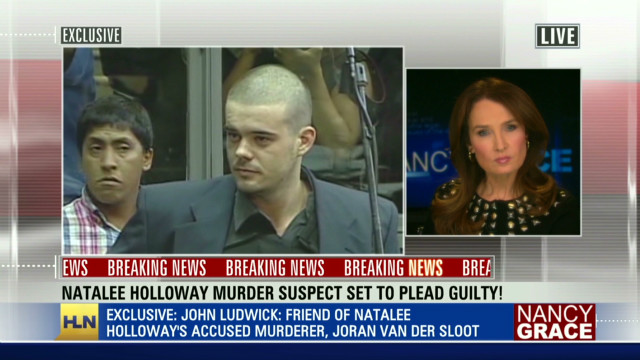 In an exclusive interview on “Nancy Grace” Joran van der Sloot’s friend John Ludwick talks fondly of the accused killer and shockingly blames the victim! Ludwick implies the murdered young woman would not be dead if she hadn’t been “nosey”, looking into van der Sloot’s personal items. He says Joran van der Sloot’s apparent cavalier behavior in court is just a façade. The trial is postponed until Wednesday, when van der Sloot is expected to finally give his plea. He is charged with “qualified murder” and simple robbery in the killing of 21-year-old Stephany Flores.