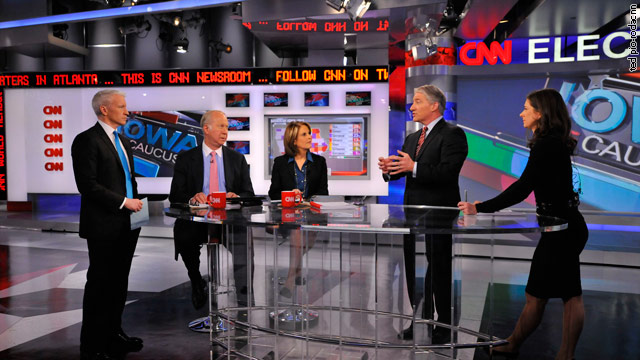 CNN Dominates the Social Conversation on Twitter during the Iowa Caucuses

The 2012 election year got off to a running start with the Iowa caucuses on Tuesday, January 3rd. CNN, the worldwide leader in news covered Tuesday’s caucuses from start to finish. Twitter users engaged in the conversation during CNN’s complete multi-platform coverage of America’s Choice 2012.

Throughout the evening, there were several CNN and CNN related trending topics: