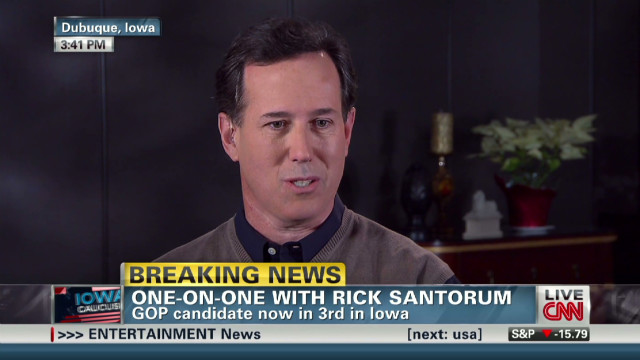 Santorum on whether he would vote for Ron Paul in 2012: “Absolutely”

CNN’s Wolf Blitzer, who today anchored The Situation Room from Dubuque, Iowa, asked Rick Santorum in an interview if he could vote for Ron Paul in a 2012 general election:

WOLF BLITZER:  If he were the Republican nominee for president, would you be able to vote for him?

SANTORUM: I’m nervous about it, but Barack Obama is this far away from Ron Paul on national security.  No, he doesn’t want to bring everybody back, but he’s bringing a lot of folks back, and he is threatening and has promised to slash our military.  Not as much as Ron Paul, but a lot.  And I think a second term with Barack Obama, I’m not too sure will look that different than a Ron Paul administration when it comes to national security.