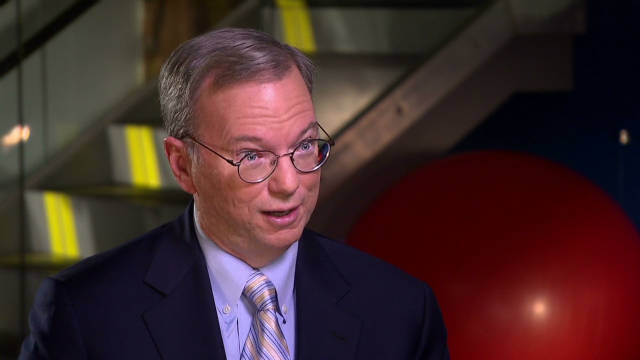 Tonight on OutFront, Google CEO Eric Schmidt talks with CNN’s Erin Burnett about innovation, job creation and his thoughts on the millionaire surtax.  In this web extra on the millionaire tax Schmidt says “I don’t think the millionaire tax matters very much.  It matters to millionaires a lot, but from a public policy perspective it’s a small amount of money.  It matters symbolically to both sides but it won’t change the discussion about innovation.”  Schmidt said he believes “Innovation happens because the system makes it happen.  Google was successful because the people involved in Google grew out of a system which rewarded innovation, rewarded their ideas, rewarded the reach and stood on the shoulders of others who had built the infrastructure that we depended on.  That is the system that will lift America from where we are today.”

The full interview and a first ever look at Google’s unique offices in New York city will air tonight on CNN’s Erin Burnett OutFront at 7 p.m. and 11 p.m. ET.