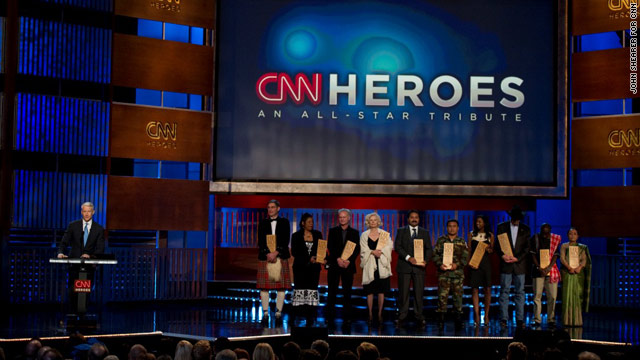 CNN, the worldwide leader in news, announced today that Kid Rock will perform a special live version of “Care” from his platinum selling album, “Born Free”, on CNN Heroes: An All-Star Tribute, hosted by Anderson Cooper live from the Shrine Auditorium in Los Angeles, CA, on CNN, Sunday, December 11, 2011 at 8:00 PM ET.  In addition, CNN announced that Miley Cyrus has also been added as a celebrity presenter along with Dancing with the Stars winner, J.R. Martinez, The Black Eyed Peas’ will.i.am, global maternal health advocate and founder of Every Mother Counts, Christy Turlington Burns, and NFL Super Bowl champ and MVP quarterback Kurt Warner, all of whom were confirmed last week. CNN Heroes: An All-Star Tribute honors individuals who are making extraordinary contributions to help improve the lives of others.  Dr. Sanjay Gupta, the multiple Emmy®-award winning chief medical correspondent for CNN, will be doing exclusive backstage interviews live on CNN.com during the show.

Fans are encouraged to vote up to 10 times a day, every day, for this year’s “CNN Hero of the Year”. Voting continues through Wednesday, December 7, 2011, at midnight PT, and the “CNN Hero of the Year” will be announced live at this year’s CNN Heroes: An All-Star Tribute show. Fans can also make a direct charitable donation to their favorite Top 10 CNN Heroes’ nonprofit using Google Wallet, through December 31, 2011. Google is waiving all transaction fees enabling 100 percent of the donations to go directly to the heroes’ non-profit organizations. Visit CNNHeroes.com online or on your mobile device to learn more about the 2011 honorees, cast your vote and to donate.

Kelly Flynn is the Senior Executive Producer for the “CNN Heroes” initiative and CNN Heroes: An All-Star Tribute.  This year’s show will be produced by Ian Stewart and Hamish Hamilton of Done and Dusted.