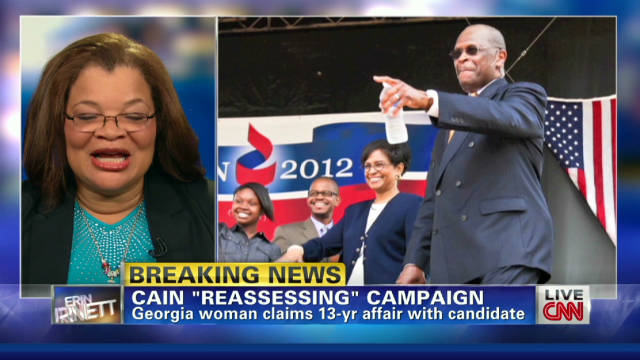 Alveda King, a friend of Herman Cain and supporter of his campaign for the Republican presidential nomination insists Cain will “march on” to Iowa, and flatly dismissed a Georgia woman’s allegation that she had an extended affair with Cain. “A woman knows a skirt-chaser” and King said “Herman Cain is no skirt-chaser.”

In an interview with CNN’s Erin Burnett, King called the affair story “tabloid politics” and denied Cain would drop out ahead of Iowa.