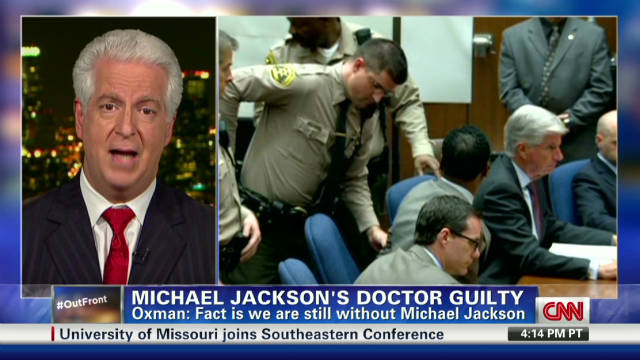 In an interview with CNN’s Erin Burnett, Brian Oxman, attorney for Joe Jackson reacted to the guilty verdict in the trial of Michael Jackson’s doctor Conrad Murray. “We are empty,” said Oxman, saying about the verdict leaves the Jackson family without Michael Jackson–and with a very emotional day for the children Jackson left behind.  Oxman said although the family tried to shelter the children “you can’t shelter those children from the biggest news story that there is.”

“I feel sorry for Dr. Murray…but he did things that were reckless and irresponsible.”

Oxman said beyond Dr. Murray, others who surrounded Michael Jackson–and knew of his use of painkillers–carry a burden of responsibility in the pop star’s death.