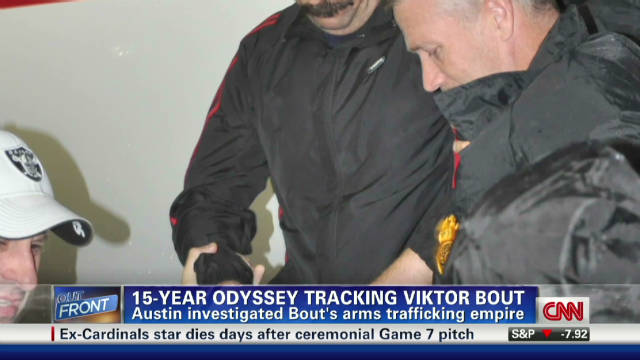 Hunting an Arms Dealer Called the “Merchant of Death”

This week, one of the world’s most notorious–and hunted–arms dealers was convicted in New York. Viktor Bout, the Russian dubbed “the Merchant of Death,” has been studied for fifteen years by Kathi Lynn Austin, who joined Erin Burnett on OutFront.

Bout was charged with conspiracy to kill U.S. citizens and to deliver anti-aircraft missiles to terrorists–an amazing story set to be made into a film with Angelina Jolie playing Austin.