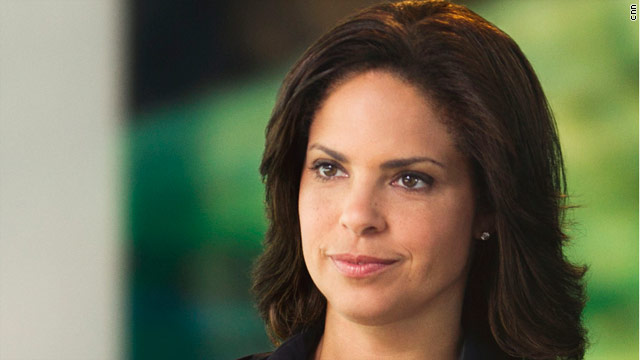 CNN will launch a new format of news and conversation in the morning, including a 7-9am ET show anchored by award-winning journalist Soledad O’Brien in 2012.

O’Brien will anchor a new conversational ensemble program that explores top issues of the day while opening the conversation to people from all walks of life. O’Brien will continue to be a special correspondent for long-form documentaries at CNN.

“I couldn’t be more eager to return to daily news, to bring conversation and context to CNN viewers in the morning. I welcome the opportunity to give voice to people who aren’t often heard, and stories that are sometimes overlooked,” says O’Brien. “I love telling people’s stories, and I’m looking forward to bringing the perspective, heart and storytelling that have worked well in our documentaries to a morning audience”

“CNN has the opportunity in the morning to cover a wider range of stories from broader perspectives,” says Executive Vice President of CNN Ken Jautz. “We are planning to offer something original in the four-hour morning block to complement our direction in primetime.”

“This is an exciting time to be relaunching our morning show, with the morning television audience more up for grabs than it has been in years,” says Executive Vice President and Managing Editor of CNN Mark Whitaker, who will oversee development of the new program. “With CNN’s global reach and this unique cast of superb journalists as anchors, we have the opportunity to do something truly fresh and different.”

Ashleigh Banfield and Zoraida Sambolin will anchor from 5-7am ET, kicking off the new CNN morning block with a new program covering a broad spectrum of the day’s news from two highly personable and passionate journalists.

Shannon High will join CNN later this month and will be executive producer of both programs. Most recently, High was the executive producer of development for NBC Peacock Productions, and before that served as MSNBC’s vice president of daytime program development, and vice president and managing editor. At MSNBC she developed The Dylan Ratigan Show and oversaw Morning Joe and daytime news. An award-winning producer, High has worked in local news in Miami, Houston and Charlotte as a manager and producer.

“I’ve dreamed of joining CNN for more than 20 years. It’s the gold standard of news — the brand, the people and the product. I am excited to be stepping back into a daily anchor role with such a prestigious team, and I can’t wait to get started!” says Banfield.

Sambolin adds, “I am completely thrilled to be coming to CNN. Ashleigh is an accomplished journalist with an incredible wit and dynamic personality. I look forward to collaborating with her and working together to inform, enlighten and build a strong relationship with our viewers.”

Since joining the network in 2003, O’Brien has reported breaking news from around the globe—including the Japanese earthquake and tsunami, hurricane Katrina, and the conflict between Israel and Hezbollah. In addition, she has produced award-winning documentaries, including the acclaimed Black in America, Latino in America and Muslim in America. Earlier this year she was part of a CNN team that won an Emmy Award for their reporting of the aftermath of the earthquake in Haiti. O’Brien came to CNN from NBC, where she anchored the network’s Weekend Today show from 1999-2003. She was named Journalist of the Year by the National Association of Black Journalists in 2010. That same year she launched a personal foundation with her husband, the Soledad O’Brien and Brad Raymond Foundation to send underprivileged youth to and through college. Banfield has covered national and international stories including live reports from Pakistan, Afghanistan, Iran, Iraq, England, Israel (West Bank and Gaza), Jordan, Lebanon, Syria and Saudi Arabia. Most recently, she was a correspondent for ABC News, reporting for Good Morning America, 20/20 and Nightline. Prior to ABC, Banfield anchored and hosted three programs on TruTV (formerly Court TV); Banfield and Ford: Courtside, Hollywood Heat and Disorder in the Court. As a correspondent for NBC News from 2000-2004, Banfield reported for The Today Show, NBC Nightly News with Tom Brokaw and Dateline. She received Emmy Award recognition for her groundbreaking 9/11 coverage from Ground Zero in New York City. Sambolin was the Weekday Edition co-anchor of NBC5 News Today in Chicago and special assignment reporter and fill-in news anchor for Telemundo Chicago. She also served as host of Un Buen Doctor, a weekly Spanish language medical series airing on cable stations worldwide. Before joining NBC5, Sambolin was the creator and Emmy award-winning host and executive producer of Small Talk for Parents on WYCC-TV and Nuestros Ninos on WSNS-TV from 1999 to 2002.