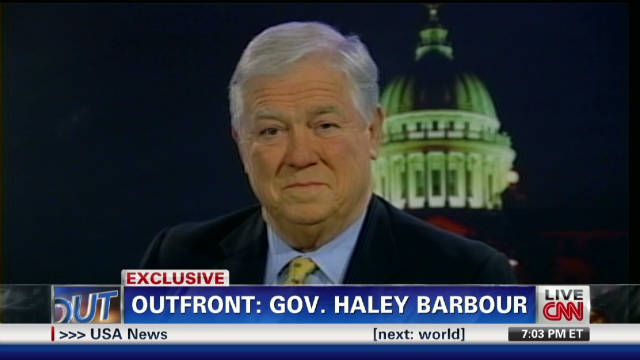 Barbour on Cain Allegations: Effects Will Depend on ‘What The Facts Really Are’

Mississippi Gov. Haley Barbour speaks exclusively to CNN’s Erin Burnett about the allegations of sexual harassment made against GOP presidential hopeful Herman Cain. He said on whether the allegation will hurt Cain’s campaign that it will depend on “What the facts really are, in-depth.  What was the sexual harassment?  Was it something that was suggestive? Or was it actually something worse than that?”