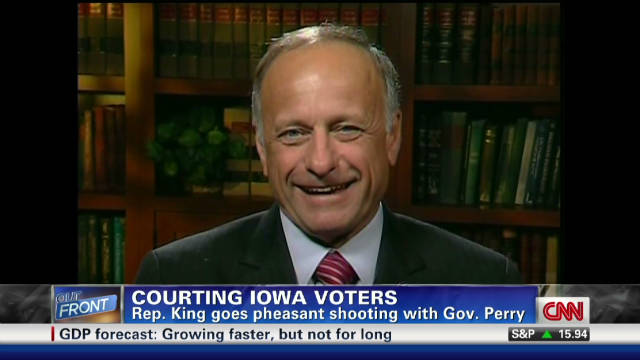 Rep. Steve King’s taking plenty of calls from candidates these days, as the Iowa Republican is considered a key endorsement to snatch up ahead of the Iowa caucuses. Last time around, King’s endorsement of Fred Thompson lifted the candidate ahead of John McCain in Iowa. Who could get the King nod this time around?

King spent time pheasant hunting with Rick Perry–and told Erin Burnett the Texas Governor is “a good shooter,” though he’s not quite ready to make an endorsement.