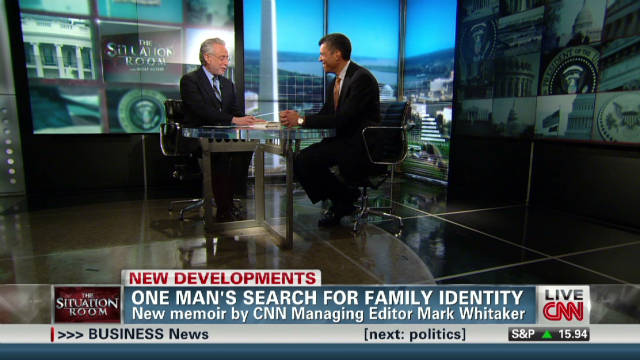 CNN managing editor talks with Wolf Blitzer about his family memoir and his bi-racial childhood struggles. A highlight from the full interview is after the jump and visit CNN.com.

MARK WHITAKER, MANAGING EDITOR, CNN:  Well, Wolf, I grew up with a lot of secrets in my family.  My parents, who were an interracial couple in the 1950s, had to carry on in secret before they got married.  There were a lot of secrets involved with their divorce seven years later.  My father became an alcoholic, and there was a lot of secrecy around that.  And probably, in some ways, that was what kind of unconsciously motivated me to become a journalist.

But I spent 30 years really focusing all my efforts on reporting everybody else’s story, and a year after my father died, I decided that I wanted to use some of the very same techniques that I had learned in my career in journalism to actually go back and piece together the story of their lives.