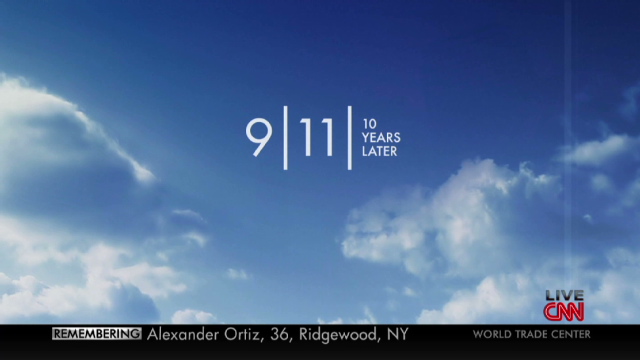 CNN’s chief national correspondent John King spoke with Vice President Joe Biden to discuss a wide range of issues from national security to domestic concerns at home. Part one of this interview aired today on, Sept. 11, as King anchored part of CNN’s special coverage from the Flight 93 National Memorial in Shanksville, Penn. Part two of King’s interview with the vice president will air tomorrow on John King, USA at 7 p.m. ET before the CNN- Tea Party Republican Debate. A full transcript of today’s interview is after the jump.

JOHN KING, CNN ANCHOR:  This site is very solemn for another reason, site is different for another reason.  That was the beginning of a conversation I had, an exclusive interview with vice president, Joe Biden, when he was here in Shanksville to pay tribute.

KING:  I’ll ask you first, this is an amazing place.  Do you think as Americans remember, that they understand the difference here?  It’s not just a memorial, it’s the resting place of those heroes.

— where that rock memorializes where the plane actually hit.  There’s parts of their families all over that field.  I don’t think most Americans know that.

KING:  So what goes through your mind as you’re here on this site and you’re remembering but it’s?

KING:  I was at the White House that morning.  And when we were evacuated, they thought maybe it was coming our way.  Turns out people– these people, they saved your life, saved the senators’ lives.

Now obviously, I don’t know for sure — no one knows for absolutely sure.  But it appeared as though what, 30 minutes out, 20 minutes out, this aircraft.  It could have– and I thought that the president said it well — President Clinton, he said they would have not only taken hundreds of lives, but they would have taken down the symbol of what constitutes the heart and soul of the government.

KING:  Right.  I want your personal thoughts on a couple of things.  You’re in the room when the raid is playing out on bin Laden.  You know when you come into the room what the goal is.  I assume you had to have — maybe wrong choice of words, but a pretty serious case of the jitters about, oh boy, we better get this right.

BIDEN:  Well, look, when I had a — my first thought was, you know, we were sending in a whole hell of a bunch of special operators, helicopter pilots, SEALs and others that — who were really doing something that was absolutely, if you put it on paper, which we did, and we rehearsed it and rehearsed it and knew every detail of it, was remarkable.

Everything had to work.

The second thought was that if this were to fail, the psychological impact it would be for bin Laden and for al Qaeda, and the negative impact it would have in terms of our sense of our — the United States’s sense of our capabilities.  And — but it was remarkable what they did.

KING:  Any moment when you’re watching the feeds coming in, getting the briefings, where you start to think —

BIDEN:  Well, at the very beginning, as you all know, I mean, when it was relayed to us that — I mean, look, there were five of us who had been involved in the planning of that for three months.  I think it was three months before that.  And the last month or — the group was larger.

So we literally — the president and I knew every single operational move.  It wasn’t like we were generically informed.  We knew that helicopter A was supposed to land here, helicopter B here, so and so gets out here.

Now, when the first two things didn’t occur, the first thought was, oh, God.  But the adaptability of these guys was astounding.  And — but, yes, that was the one moment when it, you know, it was relayed to us that it didn’t go exactly as planned on the front end.

KING:  So let’s rewind the tape.  Take me back to that moment you talked about — when you found out.  You were on the train coming to Washington.  That’s when you find out something is happening.  Maybe you’re not sure exactly what it is.  Take me back and run me through that morning.

BIDEN:  Well, literally, I used to commute every day.  I got on the train.  I was leaving, I took the early train.  My wife was leaving to school, to teach school.  She called me on my cell just around Aberdeen, Maryland, which is before Baltimore, and said, Joe, my God, Joe, a plane just flew right into the World Trade tower.  What do you think that means?  And I said, honey, I don’t know.  Then she said, OK, OK.  And she said — and then she said I got to get ready.  She called back in a few minutes and she was livid.  She said, oh, my God, Joe, oh, my God, there’s a plane, it’s running — oh, my God, it ran right into the second tower.

And I said, honey, this is a big problem.  This sounds coordinated.  And with that — by that time, other people started getting calls on the train.  But we went into the Baltimore tunnel, so you lose the coverage as you go into the tunnel there.

By the time I came out, there was — I had everybody in the train, I know all– coming up, Senator, what’s going on?  What happened?  And I said I’m not sure, you know.  We all were listening on our — we were making calls.

I got off the train.  I walked out of Union Station, I could see off, in my case at 1:00, and this big plume of smoke.  It was the Pentagon.  And everybody saying it’s a car bomb, it’s a truck bomb.  No one knew what it was.

Then we got up and everybody had been evacuated from my office.  I wanted to make sure everybody was out.  And we were standing out there in that park alongside the Russell office building.  And I said, we’ve got to go back into the Senate.  I mean, I don’t think it looks good, us leaving the Senate.  And I started walking back up.  And that’s when a law enforcement officer said, Senator, there’s a report of an incoming, an incoming aircraft, we’ve got to get out of here.

And it was just — you know, it was almost unbelievable.  And you know, you can appreciate — that’s why I said of President Bush today, I mean, imagine being president, having that news given to you and having to react and trying to compute all this and figure exactly where to go.  I mean, and I thought the way he handled events from that moment until we took down the Taliban was — was textbook.