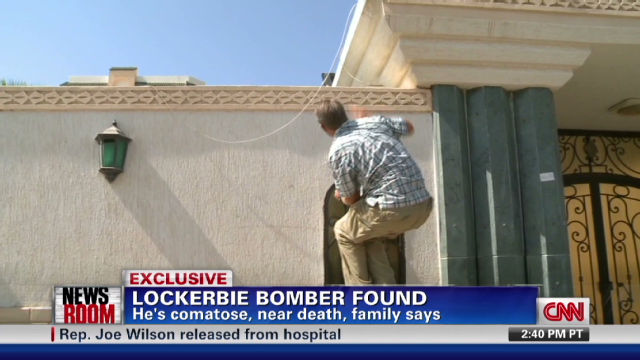 CNN Exclusive: CNN’s Nic Robertson has been looking for the man convicted of the 1988 PanAm 103 bombing, Abdel Basset al-Megrahi, and tracked him down today in Libya.

Libya’s National Transitional Council announced Sunday it will not extradite Abdel Basset al-Megrahi, the man convicted of the 1988 PanAm 103 bombing.  The NTC justice minister Mohammed al-Alagi insisting that “We will not give any Libyan citizen to the West.”   Megrahi may be the last man alive who knows precisely who in the Libya government authorized that bombing.