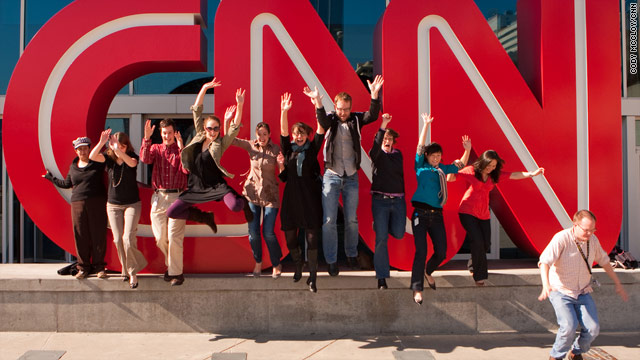 Five years after inviting CNN’s global audience to contribute photos and video of the news of the day, CNN iReport, the network’s participatory news community, has grown into a globally recognized platform. To date iReport has received a submission from every country on the planet with an average of 2.4 million unique users each month through June 2011 (Source: ComScore.) From the Virginia Tech shooting to the fallout from Iran’s presidential election to the devastating earthquakes in Haiti and Japan, CNN iReporters have provided some of the first images of these important stories to a global audience; in addition to their unique points of view from the ground.

This week, CNN iReport is launching its first iReport App for Android for users on-the-go. This app enables iReporters to more efficiently upload to iReport and take a deeper dive into the content. The iReport app is completely customizable and serves assignments to iReporters based on where they are and their interests by using location and topic based alerts. The app will be available in August to Verizon Wireless 4G LTE smartphones users in V Cast Apps, Verizon Wireless’ mobile applications storefront and on Android Market.

To commemorate the anniversary, CNN iReport is having the ultimate birthday party with iReporters from all over the globe in cities like Atlanta, New York, London, Hong Kong and more attending meetups. iReporters can sign up to host or RSVP for a meetup at http://meetup.com/CNNiReport.

“We created iReport to engage viewers who have a desire to share and participate in the telling of stories that touch their lives. CNN iReporters have exceeded our expectations in both the quality and quantity of their submissions over the last five years,” said Jim Walton, president of CNN Worldwide. “Not one day goes by that CNN iReporters don’t display an impassioned point of view for the community they helped to create along with CNN.”

“The iReport five year anniversary is a perfect time to celebrate iReport and all it stands for: an amazing community, storytelling with heart, and a breakthrough model for participatory journalism. And naturally we’ll do that with a party heard ’round the world,” said Lila King, participation director for CNN Digital. “I am tremendously proud of what we’ve accomplished — and what’s still to come — together with the iReport community and all of CNN.”

Throughout the month of August, CNN will kick off its observation of iReport’s birthday by featuring the CNN iReport ‘Top Five.’ The ‘Top Five’ lists are being written by employees that touch and work with iReport and they will take a look back at some of the platform’s significant moments and submissions. CNN viewers can expect to see the ‘Top Five’ on CNN.com and on CNN’s networks and platforms.

CNN is supporting the global celebrations by sending “meetup kits” to the organizers of the meetups in more than 50 cities worldwide. An exclusive iReport assignment is included in the kit and is available only to the meetup attendees. Highlights from the celebrations will be seen on CNN and HLN’s television coverage throughout the month of August.

Later this fall, CNN will unveil a newly imagined site and platform for iReport that builds on many of the successes of the last five years, and sets it up for five –or fifty — more.