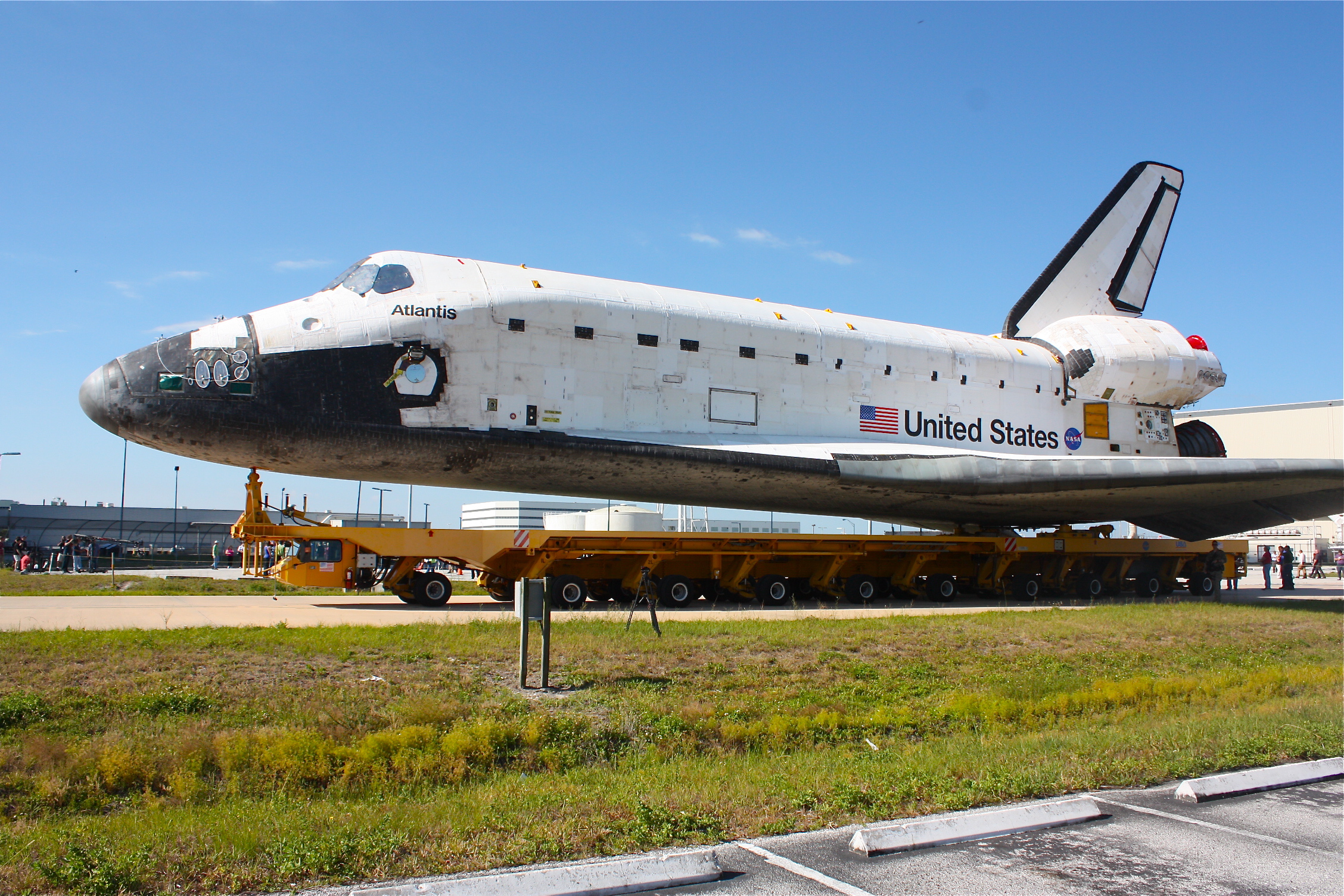 Beyond Atlantis: The Next Frontier airs Sunday at 8 p.m.

Having covered more than 80 U.S. Space Shuttle missions, CNN correspondent John Zarrella delivers a special report on the end of the Space shuttle program and the future for NASA, as the glorious and sometimes tragic era comes to end. CNN Presents – Beyond Atlantis: The Next Frontier debuts Sunday, July 3 at 8 p.m. (ET) on CNN/U.S. and it replays on Friday, July 8 at 10 p.m. (ET) after the final space shuttle launch.

Zarrella talks with NASA Administrator Charles Bolden about the Space Shuttle program and NASA’s future, and takes viewers for a tour inside the Space Shuttle Discovery, exclusively, with former Commander Robert Cabana.

Beyond Atlantis: The Next Frontier will examine the commercialization of space, through the eyes of visionaries like Richard Branson of Virgin Galactic, and Elon Musk of SpaceX, as they strive to make space travel more affordable, and dare to do what only governments could afford to do previously.
Zarrella speaks exclusively with the wife of one the Space Shuttle Challenger astronauts, and he travels to Promontory, Utah, to visit the site where the space shuttle boosters were built, talks to people who have spent most of their adult life working on the Shuttle program, and he takes viewers on the train ride carrying the last set of boosters to Kennedy Space Center for the final Space Shuttle mission.

In a tale of two shuttle crews, Zarrella sits down with Commander John Young and Pilot Bob Crippen, the first shuttle crew, in a CNN exclusive interview. They remember hoping they wouldn’t burn up on re-entry and about the ejection seats on the first flight. Both Crippen and Young say they thought that NASA should still be flying the space shuttle until a replacement is ready. Zarrella also traveled to Houston to talk with the last shuttle crew. Commander Christopher Ferguson, Pilot Doug Hurley, and Mission Specialists Sandra Magnus and Rex Walheim, they have the distinct honor of flying the last space shuttle. “We want to make sure we get the job done. And when the job is done, we can look back and reflect and think about where the place in history lies for this final shuttle flight,” said Commander Ferguson. “It’ll be a sad moment because we know that it will be a while before there’s another American vehicle that’s ready to take astronauts to low earth orbit,” he said.

Lorna Onizuka, the wife of Space Shuttle Challenger astronaut Ellison Onizuka spoke exclusively to Zarrella about the death of her husband. Mrs. Onizuka said her husband knew the risks and they both openly accepted that in the name of progress. She gave Zarrella a tour of her home where she keeps a shrine and alter to remember her husband, and sometimes pours him a cup of coffee, or a beer. “I want to thank him. I want to thank Ell for watching over these guys in the years since, because I think he does. He shares their pride, shares their excitement, shares their glory, just from a different angle,” she said.

Administrator Bolden told Zarrella that the Space Agency is at its best when it explores and that is what they plan to do. Bolden says NASA could conceivably put a human on the surface of Mars in 2030. “Explorers — people like me, crazy people like me, we’ll do anything, and we’ll fly anything, but in order to expand the capability to bring more people into spaceflight, we needed a vehicle that had a capability for crews to escape.” An escape system, Bolden says, is a priority, already being tested, for this next generation of space vehicle, which may head to Mars, the moon, or an Asteroid.

SpaceX founder Elon Musk and Virgin Galatic founder Richard Branson believe that space is the next commercial enterprise. Musk’s Dragon spacecraft may dock with the International Space Station, later this year.
Commercial companies will be the only way for the U.S. to travel to the space station, until the new spacecraft is ready.

Richard Branson’s dream of space tourism, he says, will bring the world closer together. “We’ve got extensive tests over the next fifteen months, before myself and my children go into space, and my wife won’t forgive me if I don’t bring the kids back,” he laughed.

For thirty years, the shuttles boosters have been built in Promontory, Utah. Zarrella talked to several of the employees that have spent their careers building boosters. CNN was allowed to accompany the last set of boosters from Jacksonville to Kennedy Space Center.

Rich Phillips produced Beyond Atlantis: The Next Frontier. Jeffery Reid is an executive producer for CNN Productions.

CNN anchor Anderson Cooper will lead the network’s team of reporters from Cape Canaveral, FL for the special coverage of the final launch of the United States Space Shuttle program. Space Shuttle: Final Mission will air on CNN/U.S. and CNN International on Friday, July 8 from 10 a.m. to noon (ET).