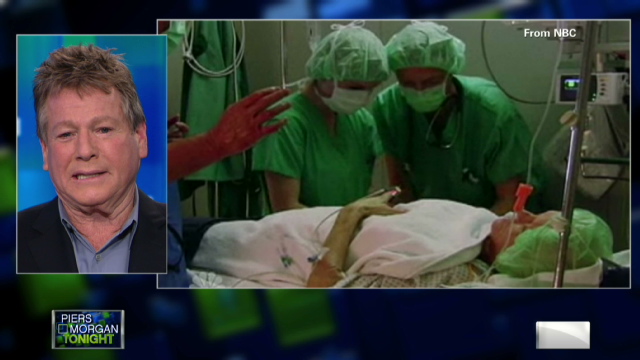 Tonight Ryan O’Neal sits down with Piers Morgan for emotional interview on the tail end of his daughter Tatum’s interview that aired on PMT Sunday night. The actor talks about his past troubled relationship with daughter Tatum O’Neal, his longtime love Farrah Fawcett and, in some cases, how they intersected in his life. Here, he discusses the turmoil his love affair caused and he tells Piers that it is “highly possible” that his family caused Farrah’s cancer, which eventually ended her life.

TUNE IN tonight at 9pm EST.