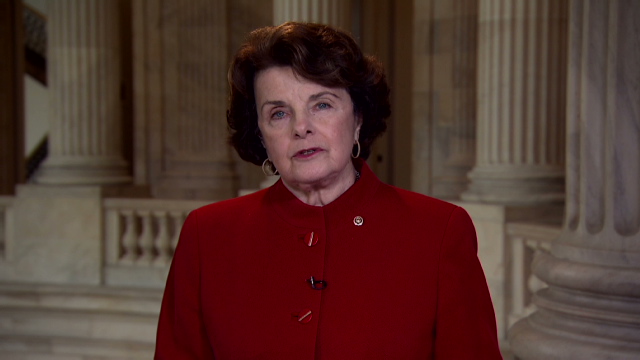 Sen. Feinstein on Al-Zawahiri: “We believe that he is likely in Pakistan somewhere.”

CNN’s Wolf Blitzer spoke with Sen. Dianne Feinstein (D-CA) about the U.S. – Pakistan relationship since the death of Osama bin Laden. A highlight from the interview is after the jump and a full program transcript will be posted at CNN.com.

WOLF BLITZER, ANCHOR: As you know, there’s a lot of outrage here that the Pakistanis have gone ahead and arrested informants who helped the CIA break open the whereabouts of where bin Laden was hiding, allowing the U.S. to go in – ahead and kill him.  This is a country that receives about $2 billion a year in U.S. economic and military assistance. So I guess the question to you is, is this money well spent?

SEN. DIANNE FEINSTEIN (D), CALIFORNIA: Well, there’s deep concern here, as you know, the House has essentially spent 75 percent of the appropriation until there is a statement as to how this will be spent and sort of conditions.  I – I think what’s happened is over bin Laden, the mutual suspicion and the lack of cooperation has really crystallized.  And I think the Pakistanis have to understand that this is the number one terrorist in the world, that had been living sheltered, so to speak, in their country for five years, had bought land, had built a home.  It is a substantial home right in the middle of a major suburb that housed the military academy. And nobody in Pakistan questioned it.

I think they have to understand that we would like very much to work with them jointly, to be able to go after people that are making IEDs that are being used against our troops in Afghanistan. But if they’re tipped off, that’s a big problem.

BLITZER:  I was going to say, do you believe there are elements in the Pakistani government, military intelligence service, who are now protecting, helping the new number one leader of al Qaeda, Ayman Al-Zawahiri, who is now the number one leader?

But what I’m also concerned that, about is when there were joint operations set up on two IED factories, those – the people making the IED fact – in the factories were warned and disappeared before the Pakistani troops got there.  That’s a big problem, because it says we can’t trust you.

And let me say, I think we want to trust.  We want to believe that we can work together with this nation.  It is important that we do so. But, you know, we suffered a big blow at 9/11.  No American forgets it.  You know, I – I remember like it was yesterday what happened.  And we would expect Pakistan to do the same thing if the situation was reversed.  It hasn’t been and the United States doesn’t do that kind of thing.

BLITZER:  Well, it — what would it do if the Pakistanis — and you suspect there are some Pakistanis who are harboring, helping Ayman Al-Zawahiri hide out right now.  You believe he’s in Pakistan. If the Pakistanis, you know what they decided to do, help the United States get the new leader of al Qaeda, who probably was just as involved in 9/11 as bin Laden was himself. Is there any chance the Pakistani government will do that?

FEINSTEIN:  Well, I think that would go a very long way in showing that we can work together.  It makes no sense for the Pakistanis to want to harbor terrorists because if they’re real terrorists, they don’t stop.  They will one day come after Pakistan.  I deeply believe that.  I believe it for the Taliban.  I believe it for the Haqqani.  I believe it for al Qaeda. And I think, you know, terror spreads.  Terror has root causes.  I think we need to address those root causes. I also think that will have to take out the leadership.  And that’s what this is all about.