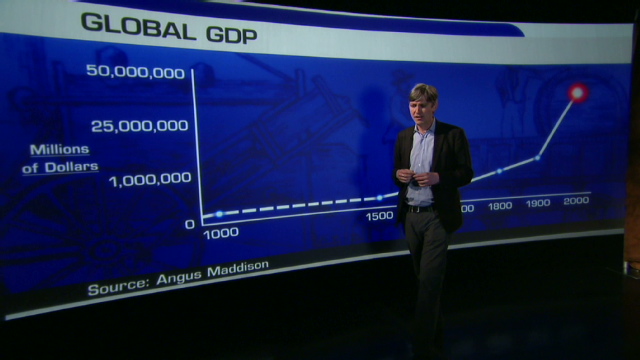 Restoring the American Dream: How to Innovate – A FAREED ZAKARIA GPS Special debuts Sunday and is featured in TIME

In 2011, for the first time in history, China is on track to outpace the United States in patent filings.  From the political right to the political left, nearly everyone agrees that innovation is key to American job growth.  CNN and TIME magazine’s Fareed Zakaria interviews America’s top innovation experts for their best ideas on how to fuel creativity and the U.S. economic recovery for a new special, CNN Presents: Restoring the American Dream: How to Innovate, debuting Sunday, June 5 at 8:00p.m. and 11:00p.m. ET/PT.  Fareed Zakaria’s TIME magazine story, “Innovate Better” is featured in the June 13th issue, currently on newsstands.

But just what is “innovation” and who is good at it?  If America is falling behind, how can the U.S. rebound?  Should government or the private sector take the lead?  And, who are the winners and losers if America can get back to innovating?

To answer these questions, @FareedZakaria speaks with:

Zakaria points out that China and South Korea have the world’s fastest-growing economies and are leveraging heavy government investment to promote innovation and infrastructure development.  Dr. Kao warns that America may be in danger of leaving some American workers behind and “becoming a nation of innovation haves and have-nots,” since jobs leveraging new technologies and science will follow the availability of a skilled labor force.

Schmidt strikes a note of optimism: he feels there are industries that are likely to be “born in America” first – including innovations in plastics that move in response to human touch, and innovations in nanotechnology, the engineering science of very small things.  “This research was done in American universities,” Schmidt says, “the manufacturing plants for that need to be where the research is done.”

The special replays Saturday, June 11 at 8:00p.m. and 11:00p.m. ET/PT.   For more on Fareed Zakaria’s insights on innovation and the economy, please visit: www.cnn.com/gps.