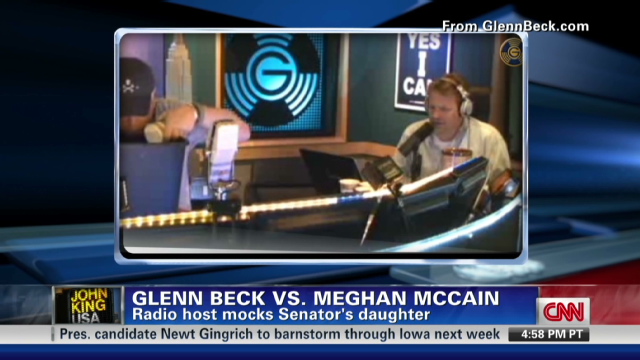 Sen. John McCain (R-AZ) talks to CNN’s John King about the release of Osama bin Laden’s death photos and more. This interview aired on John King, USA at 7pm ET tonight. A highlight and a video link from the interview are after the jump. A full transcript will be posted on CNN.com.

JOHN KING, HOST, “JOHN KING USA”: Because of your role as the senior Republican on the Armed Services Committee, you are among a select group of members of Congress who can, if you want to, sir, go to the CIA headquarters and look at the pictures of bin Laden to prove to yourself, if you need proof conclusively, that he is dead.

Will you take advantage of that?

KING:  And you think it would serve no purpose for yourself personally or it’s just that you have no doubt, therefore why do it?

MCCAIN:  Both.  I have no doubts that this was Osama bin Laden and, in my view, there’s — there’s no need and I’ve seen enough of it.