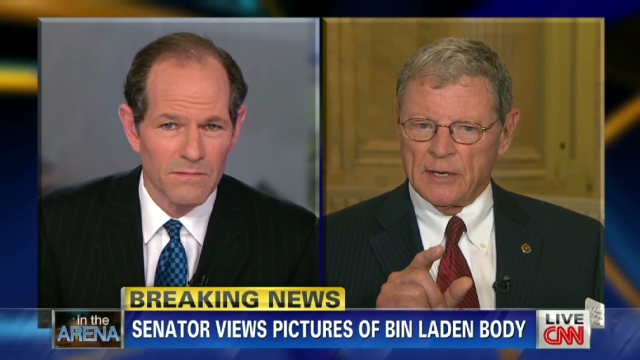 Senator Jim Inhofe (R-OK) describes Osama bin Laden’s death photos in detail to “In the Arena” host Eliot Spitzer, after being the first senator to see them.

Inhofe says, “Now I still believe they should release these pictures — some of the pictures, to the public.”