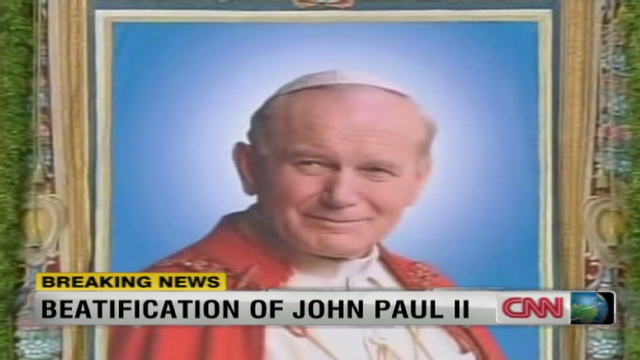 The mass of beatification was broadcast live across the CNN networks and platforms.  Jon Mann anchored the broadcast.  Jim Bitterman and John L. Allen contributed from the Vatican.  Diana Magnay contributed from Krakow, Poland.  Jose Levy covered the mass for CNN en Espanol.  And for those not near a television, CNN.com and apps for smartphones streamed the mass live.