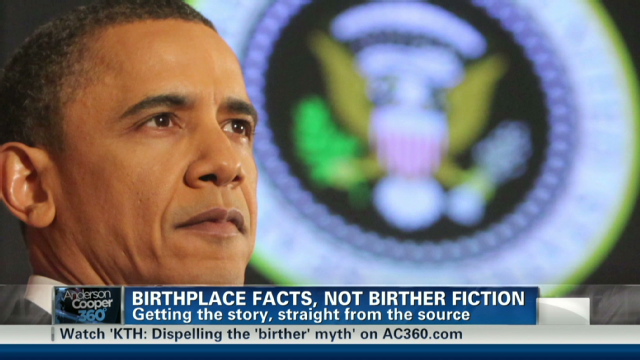 Tune in tonight to AC360 on CNN at 10 p.m. ET to watch this story and find out what else the CNN team in Hawaii discovered.  More on the CNN investigation after the jump.New York (CNN) – Hawaii Governor Neil Abercrombie famously said he wanted to put the Obama birther issue to rest in December of last year, after he was elected into office. He wanted to show the world the President’s original birth certificate.

“Obviously I’m going to do what’s legally possible,” he told CNN’s Ed Henry on December 27 last year. But it’s not legally possible for the Governor to release private records of the President or any other Hawaiian citizen except for his own.

Since then, Abercrombie has been silent on this issue. But he spoke to CNN in part 2 of the AC360 Investigation in Hawaii. In an emotional interview, he talked about his memories of President Obama as an infant in Honolulu. Abercrombie, a Democrat, was friends with both Barack Obama Senior and Ann Dunham at the University of Hawaii, and remembers celebrating the birth of their son.

“Of course, we had no idea at the time that the future president of the United States was that little boy, that little baby, and we are very, very happy of course that that took place,” Abercrombie told CNN.

Dr. Fukino, a registered Republican, says she has no doubt that President Obama was born in the state of Hawaii.

The document given to Stig from the Department of Health is the same exact document that President Obama has released. Stig, who no longer has his original birth certificate, can use this document for any court proceedings and any legal purposes.

Stig Waidelich was born on August 5, 1961 in the Kapiolani Medical Center in Honolulu, where President Obama says he was born. Monika Danielson is Stig’s mother and she has vivid memories from the hospital after Stig was born. Monika told CNN that she remembers visiting the nursery after Stig’s birth and seeing a lot of Asian babies, one white baby which was her son, and one black baby.

Because Monika is from Sweden, she told CNN that she had not seen many black children or babies before, which was why she particularly remembers seeing this black baby in the nursery. When President Obama became a candidate in 2008, Monika noticed his birth date and hospital in an article and remembered that day in the nursery. She believes that baby she spotted was indeed President Obama.