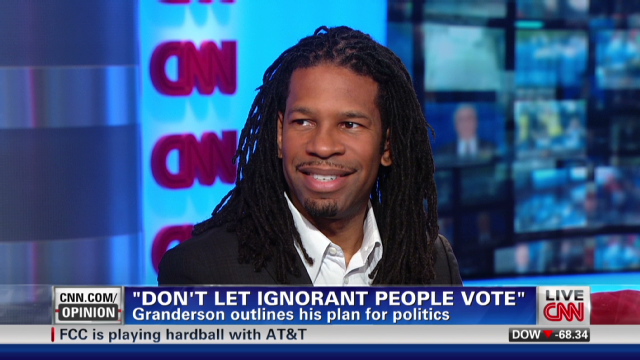 In his first weekly column on CNN.com, CNN Opinion contributor LZ Granderson makes the case that ignorant people shouldn’t be allowed to vote. Earlier today, he stopped by CNN Newsroom to speak with Carol Costello about the topic.

In his column, Granderson suggests that those who want to vote should pass a test such as the one for citizenship – and his piece is accompanied by an interactive featuring a 10-question sample citizenship test for users to test their own knowledge of the system.