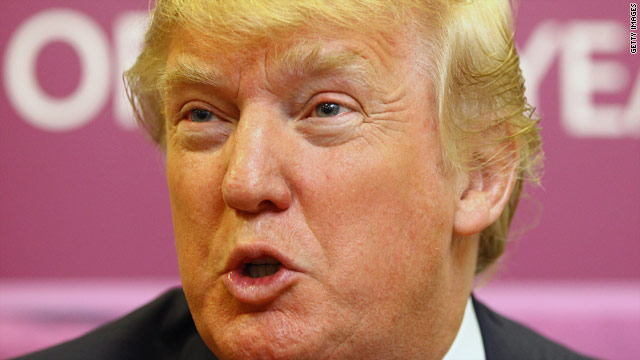 Washington (CNN) – Donald Trump is now tied with Mike Huckabee for first place when Republicans are asked who they support for the GOP presidential nomination in 2012, according to a new national poll.

But while a CNN/Opinion Research Corporation survey released Tuesday indicates that the real estate mogul and reality TV star has nearly doubled his support since mid-March, it doesn’t mean he has smooth sailing ahead.

“More than four in ten Republicans say they would not like to see Trump toss his hat in the ring,” says CNN Polling Director Keating Holland.

Nineteen percent of Republicans and Republican-leaning independents questioned in the poll say that as of now, they’d be most likely to support Trump for next year’s GOP presidential nomination. Trump says he’ll decide by June whether he runs for the White House. An equal amount say they’d back Huckabee. The former Arkansas governor and 2008 Republican presidential candidate says he’ll decide by later this year if he’ll make another bid for the White House.

Visit CNN.com for the full story.