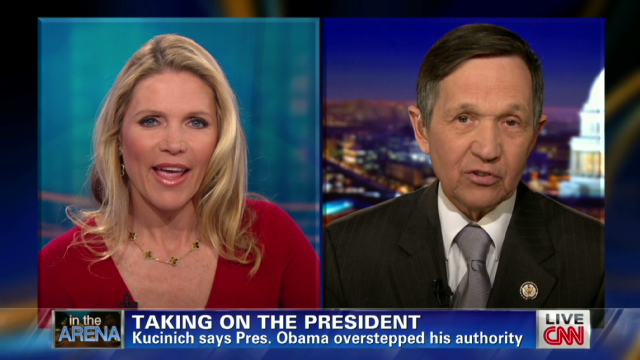 Kucinich: “The Obama doctrine goes beyond the Constitution”

“What the president has done is to drive a stake into the heart of representative government by declaring that he has the executive privilege to wage war whenever he wants,” Kucinich said, adding, “We’re in a brave new world of military action.”