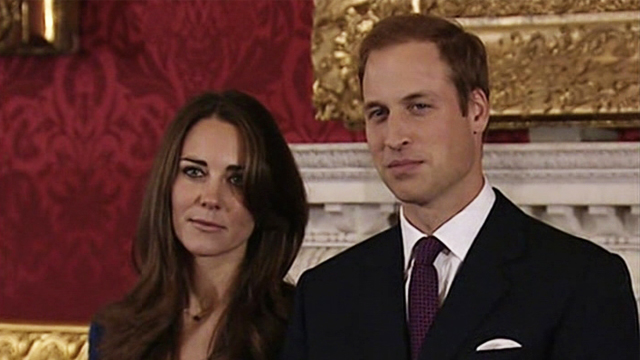 CNN to provide global, multi-platform coverage of the Royal Wedding of Prince William and Kate Middleton

Live from London, CNN will globally televise the biggest royal wedding event since Charles married Diana – from the ceremonial to the personal, from what is happening at Westminster Abbey to the reactions of those around the world.

On the day of the wedding, Friday, April 29, beginning at 4 a.m. ET, CNN’s special live program will be anchored by Piers Morgan, Richard Quest, Anderson Cooper, Kiran Chetry and special contributor Cat Deeley, noted British broadcaster and fashion expert, across CNN/U.S. and CNN International. CNN will live stream various angles of the day’s events on CNN.com, including views from inside the Abbey as well as the parade, via the CNN Apps for iPhone and iPod touch, iPad and Android tablet.

Leading up to the big day, Piers Morgan and Anderson Cooper will anchor their nightly programs from London.  CNN will also broadcast a documentary on Catherine Middleton anchored by Soledad O’Brien, as well as weekly special reports from Richard Quest, among others.  Highlights of CNN’s Royal Wedding coverage include:

• Sunday, April 24 at 8 p.m., 11 p.m. and 2 a.m. ET: CNN/U.S. will premiere The Women Who Would be Queen, a look at the life of Catherine Middleton, the woman who will someday become Queen of the United Kingdom.  Featured in the documentary are Jules Knight, close friend of the couple from the origins of their fairytale romance during their university days at St. Andrews, and Arthur Edwards, longtime royal photographer, who has chronicled the princes’ entire lives during his 30-year career at England’s The Sun newspaper.  Edwards has captured the princes’ childhoods, how they’ve coped with the tragic loss of their mother, and their transition into manhood.  The documentary also explores the ways in which the future King and Queen have honored the life and legacy of Diana, Princess of Wales.  CNN Presents: The Women Who Would be Queen is reported by anchor and special correspondent Soledad O’Brien.  The documentary will debut on CNN International on Saturday, April 23 at 8 p.m. ET and replay on CNN/U.S. on Saturday, April 30 at 8 p.m., 11 p.m., and 2 a.m. ET.

• Monday, April 25 – Friday, April 29: Piers Morgan will broadcast his nightly show Piers Morgan Tonight at 9 p.m. ET from London with a mix of topical guests and newsmakers on both CNN/U.S. and CNN International.

“Calling upon their years of interviews with the Royal Family, Piers and Richard will share their knowledge and insights across CNN.  Along with CNN’s user-generated community of iReporters, CNN is uniquely positioned to share a first-hand account of the Royal Wedding across our networks and platforms,” said Tony Maddox, executive vice president and managing director of newsgathering for CNN Worldwide.

For those away from the TV screen, CNN has launched The Wedding Planner, a special section at www.cnn.com/wedding that includes explainers, profiles, photo galleries, on-demand video from CNN’s reporting on the topic, and exclusive content from CNN’s royal reporting team. Additionally, CNN has launched Unveiled, a blog covering all the chatty details that St. James’ palace isn’t commenting on – from the great dress mystery to the official iTunes release of the wedding vows, available at www.cnn.com/unveiled.

CNN iReport, the network’s participatory news community which has received a submission from every country on the planet, will contribute to CNN’s coverage of the pending nuptials in a wide variety of ways, including:

On social media, people also can stay informed of all aspects of CNN’s coverage leading up to and during the event via the CNN Royal Wedding fan page on Facebook; and @royalweddingcnn on Twitter.