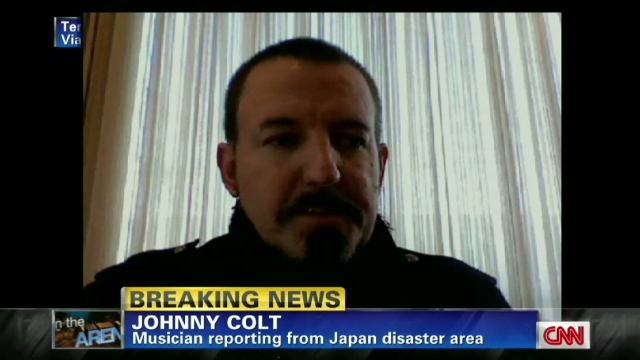 Johnny Colt: “The scope of the disaster is epic”

Former Black Crowes bassist Johnny Colt tells IN THE ARENA co-host Will Cain about life in earthquake- and tsunami-ravaged Japan on Friday, March 19 – one week since multiple disasters devastated that nation.   Colt spent part of his early life in Japan and his familiarity with the country have informed his moving iReports for CNN.   Several of Colt’s videos can be found at www.cnn.com/inthearena.

In the Arena airs weeknights at 8pm ET and PT.