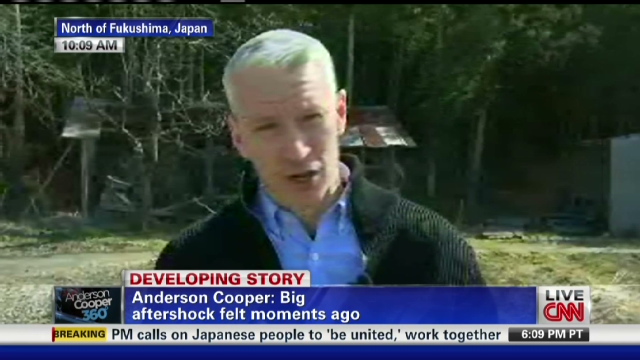 Dr. Gupta reported on what he saw earlier today at a refugee camp, and what injuries survivors caught in the disaster of the earthquake and the tsunami are likely to have.  He describes specifically why the Japanese government is issuing iodine as a precautionary measure to those in areas around the nuclear power facilities.