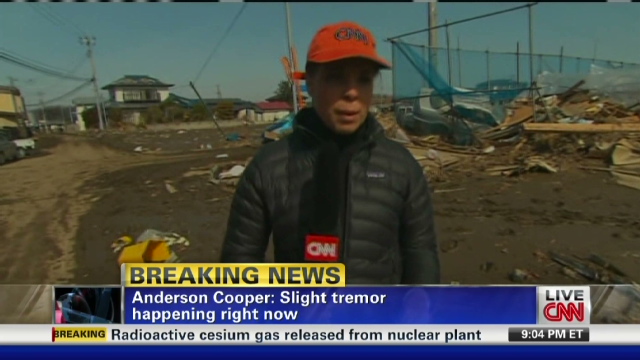 Anchor and special correspondent Soledad O’Brien reported for a special LIVE Anderson Cooper 360° from the farming community of Sendai, Japan.

O’Brien reported on the terrible damage sustained from the earthquake – and on homes and other structures that survived the earthquake, but appear to have been destroyed by the tsunami that has also rocked the region.